Quicksilver dink has a rubber attach point on each corner. I have a carabiner attached to each point. I also made up four hold down lines cut to length with a carabiner on each end.

I installed a shackle into the last toe rail hole port and starboard. One end of each line carabiner clips onto this shackle. The other ends clip onto the boat carabiner.

Grab the starboard side of the dink life line with a boat hook and lift to a vertical position. Lift dink up onto the middel transom step. Connect each upper line carabiner to the dink carabiners. Move each lower line carabiner from the stern cleats to the shackles. 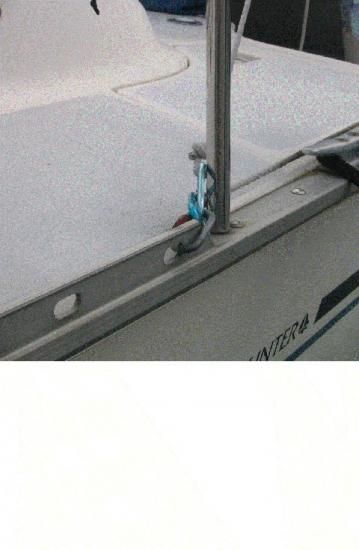 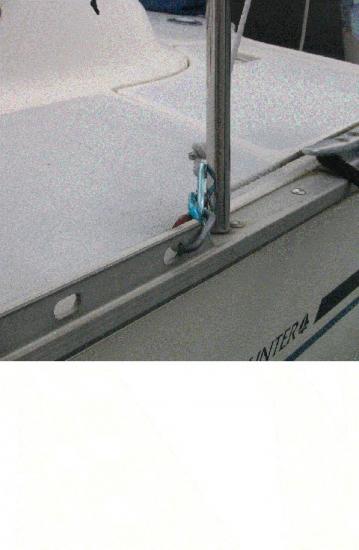 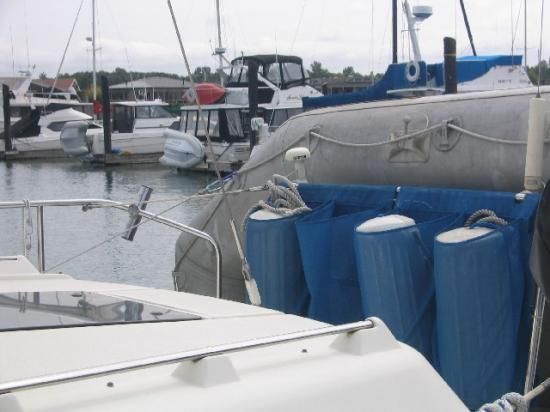 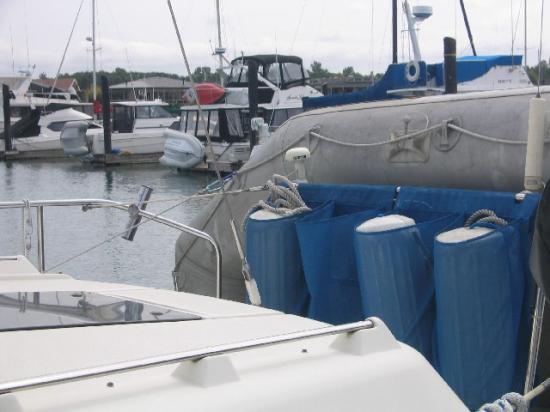 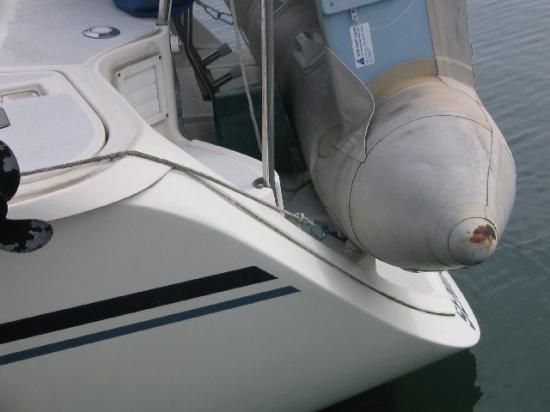 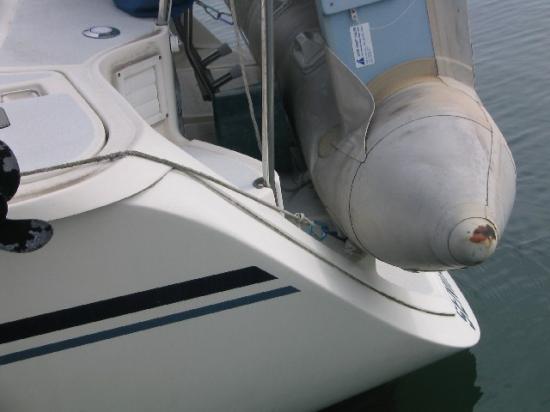 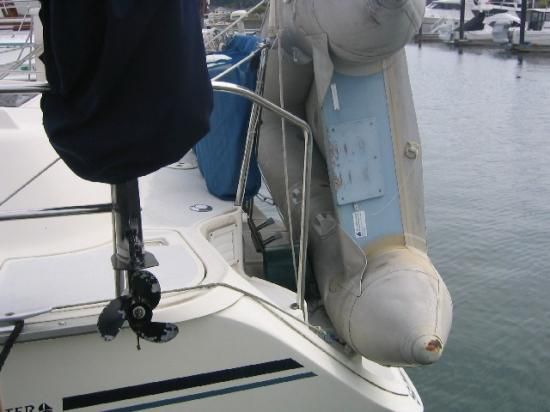 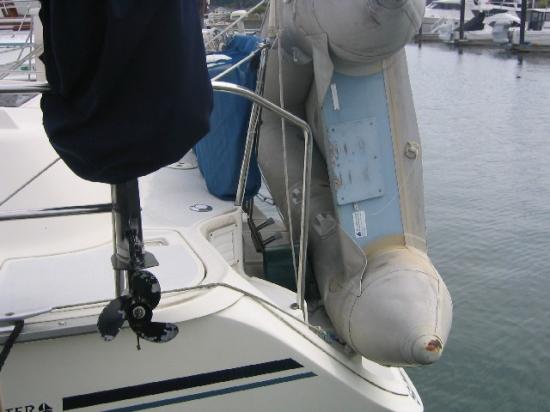