Last year I ended up with a large amount of water in my fuel due to a bad gasket on my fill cap. When I pumped that out I did notice black algae that was at the water fuel interface, but did that encourage me to add some biocide? No, of course not. Fast forward 1 year and now I was seeing cloudy fuel whenever I drained my Racor and the engine was requiring lots of cranking to start. Luckily I wasnt clogging filters yet, but it was time to do something. Once I saw Dan Johnsons installation I figured I could do this too. There was only 7 gallons of fuel left so this was a manageable amount to transfer to a couple of Gerry Cans for disposal.

I bought the SeaBuilt Inspection Plate kit from our local marine store for $30 less than the manufacturers web site, so I was already off to a good start. The attached photos show the sequence of installation. A key element for me was that my neighbor had a plastic drum pump that made emptying the tank very easy. Between me in the hole and my wife managing the output hose we had the tank almost completely dry in about 5 minutes.

There was some crud in the bottom of the tank after 28 years, but it wiped out easily with a couple of fuel absorbing pillows. The pillow also absorbed the remaining fuel left by the pick-up tube. A splash of lantern fuel and a final wipe left the tank clean as new (almost).


If you havent already done so, take the pick-up tube out and check that there isnt that silly little screen stuffed up in there. Use an ice pick to pop it out. That thing ruined a cruise for us one weekend.

After finishing I installed a new hold down strap as mine was nearly cut through. Refill with fresh fuel (with Biocide from now on) and it is done.

I may never have to get inside that tank again, but it was a lot cheaper than having someone do an inadequate job of cleaning and polishing 7 gallons of fuel through the small fill hole. 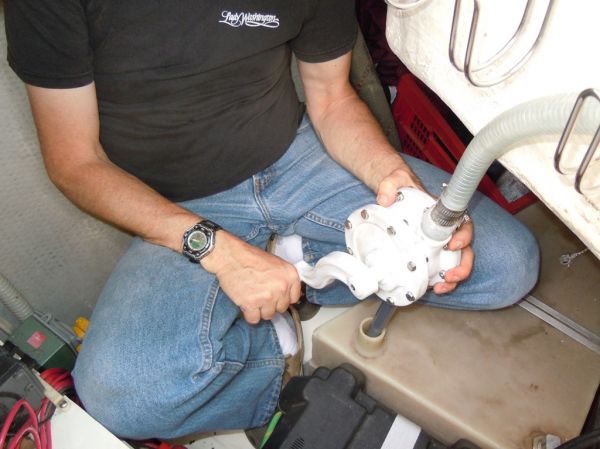 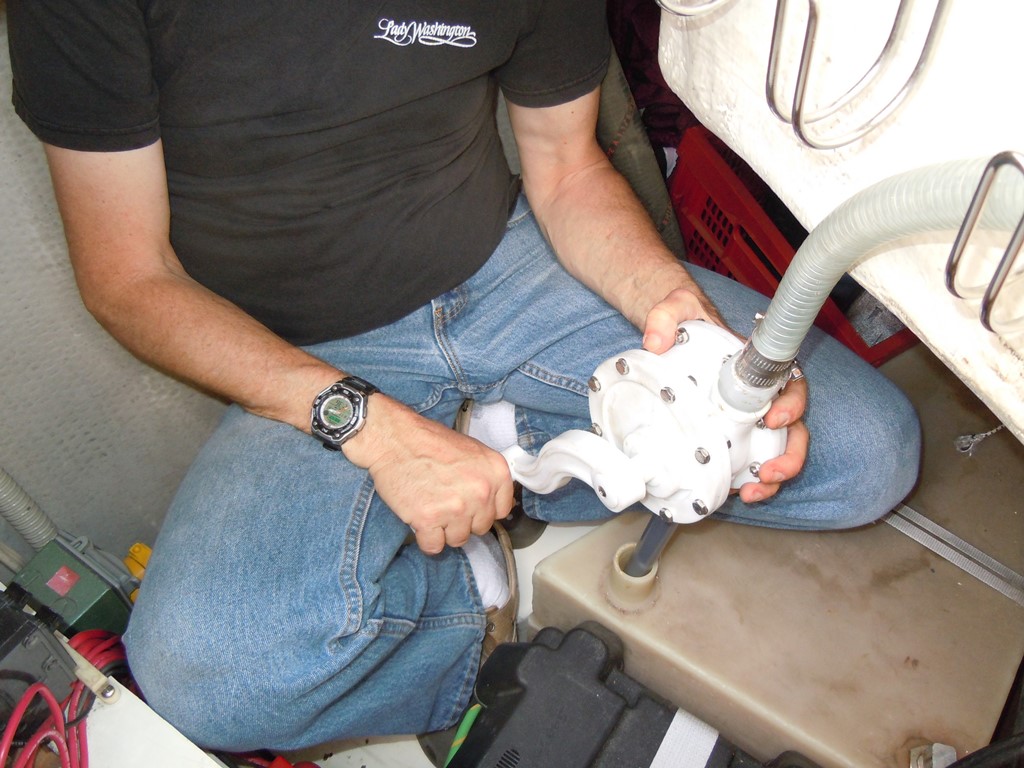 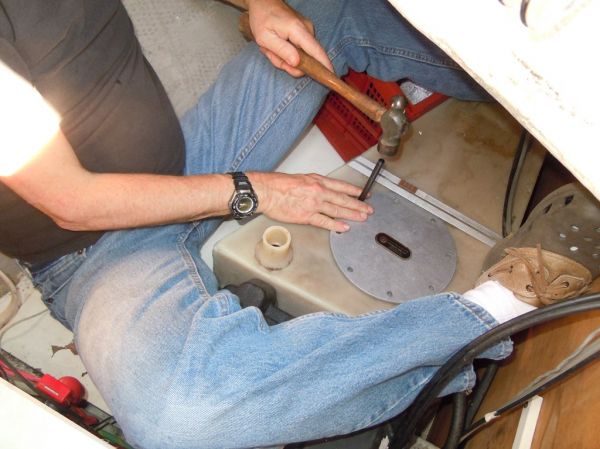 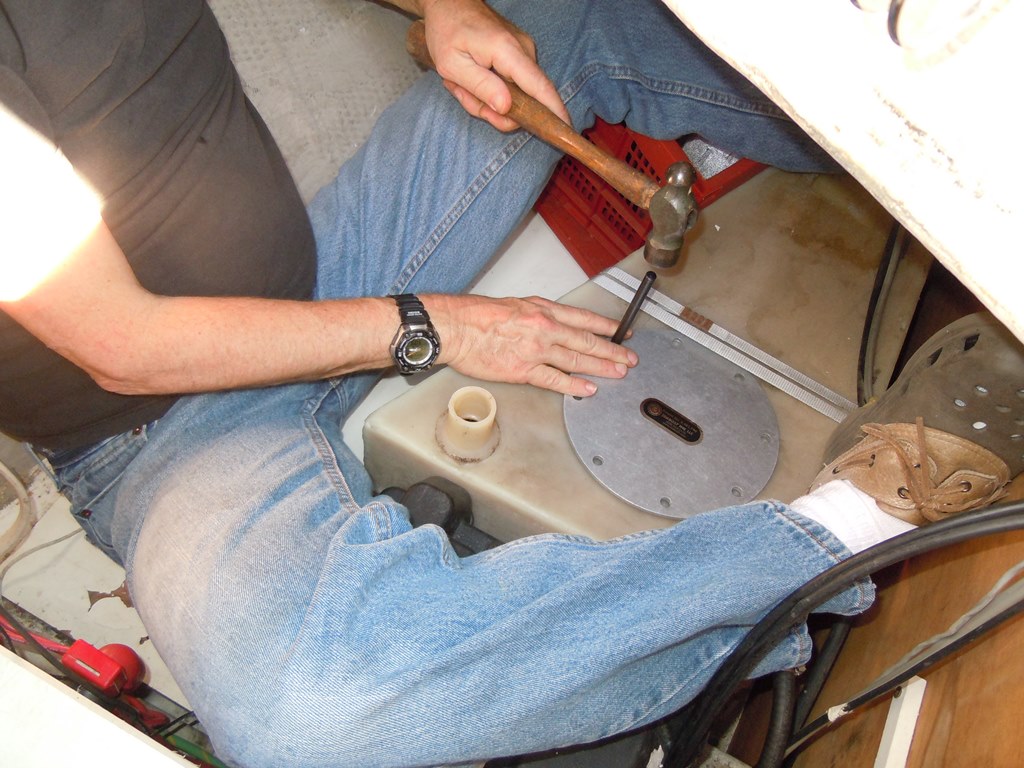 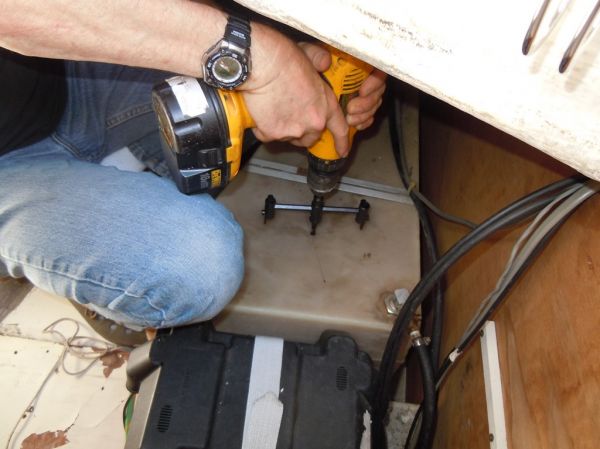 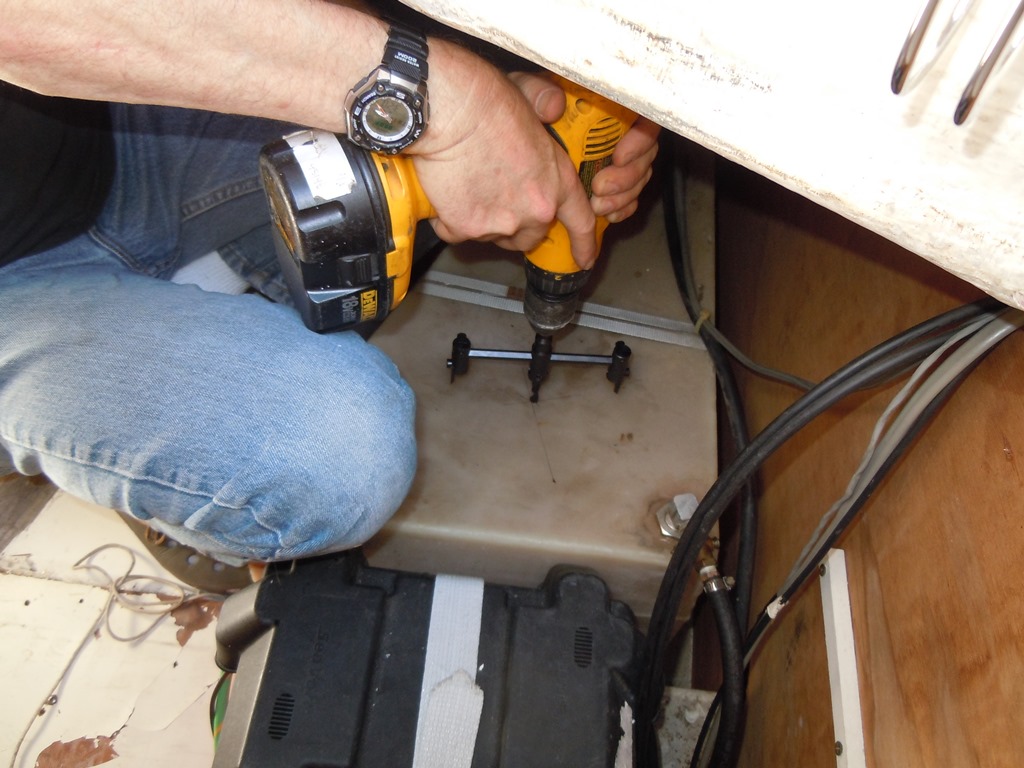 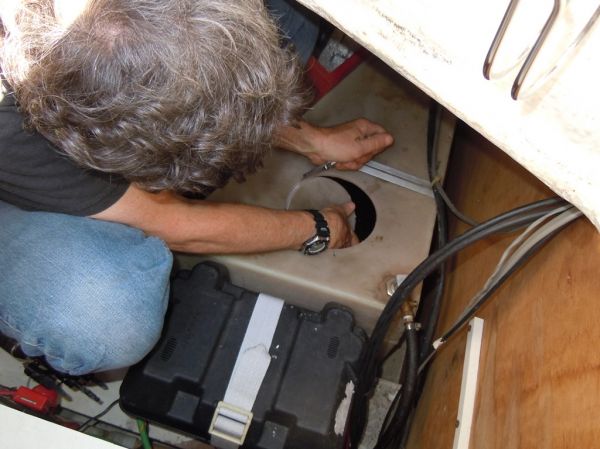 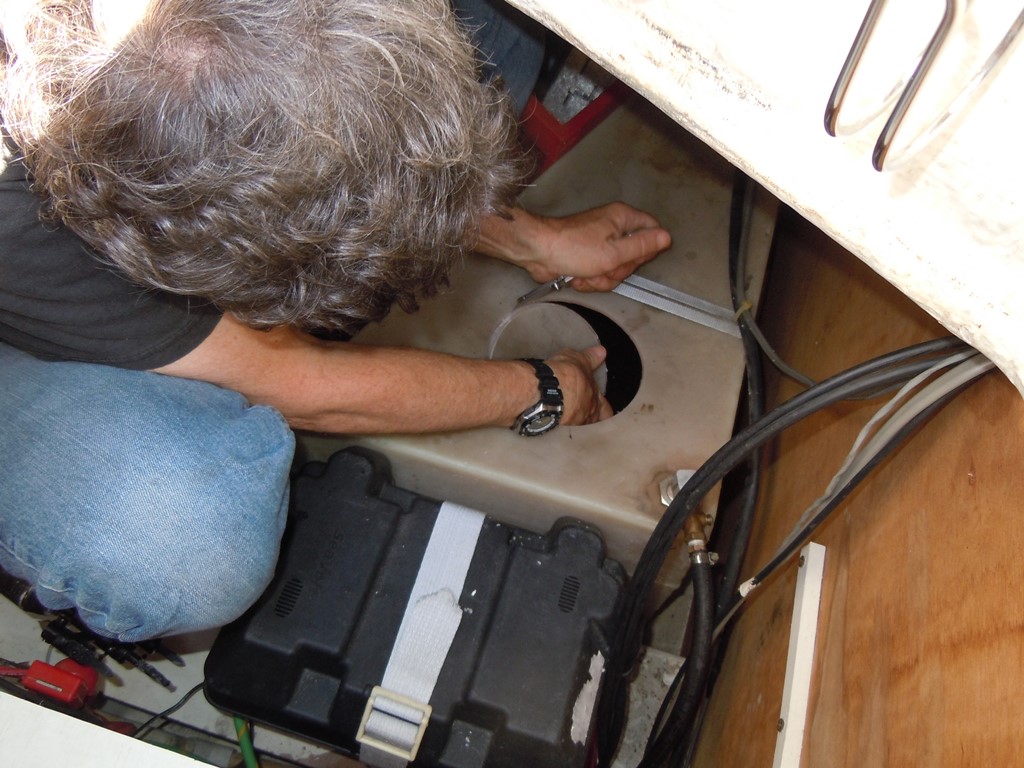 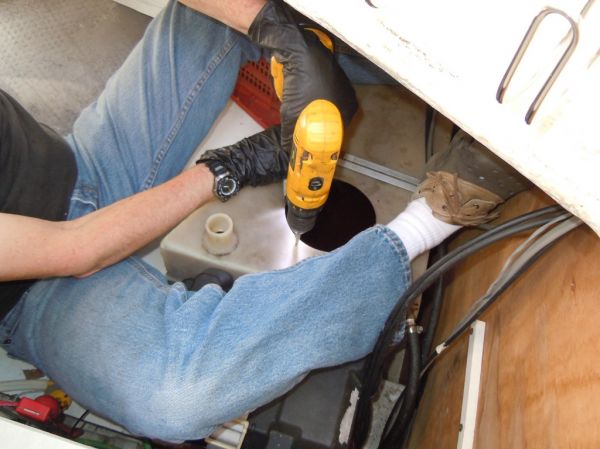 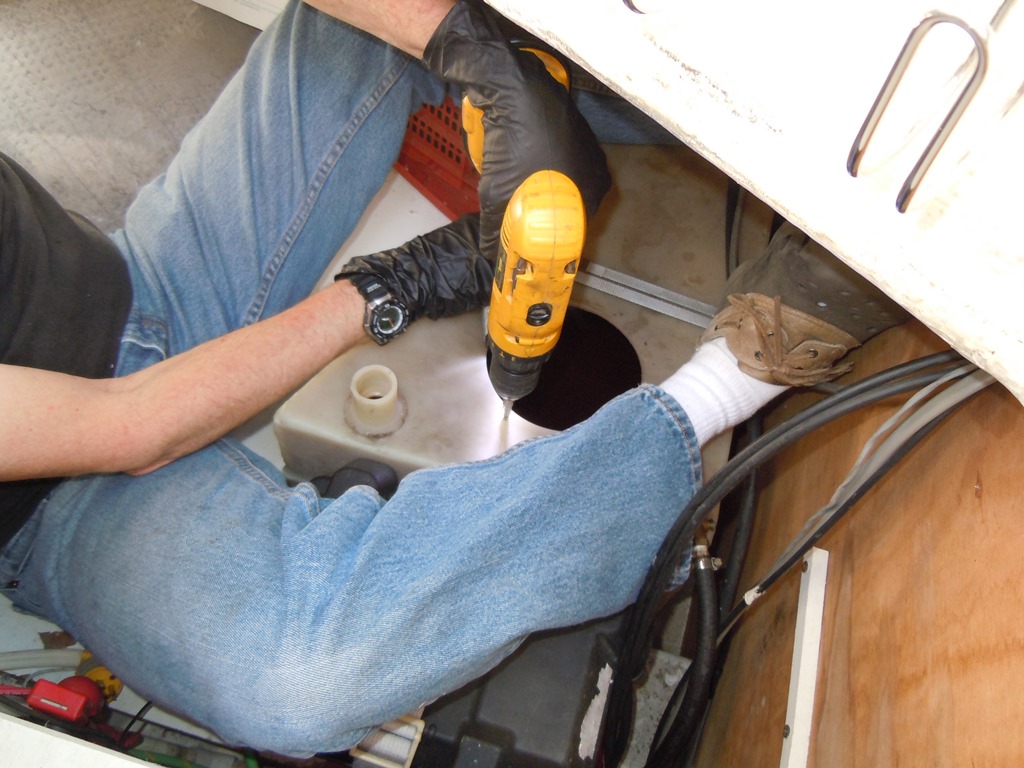 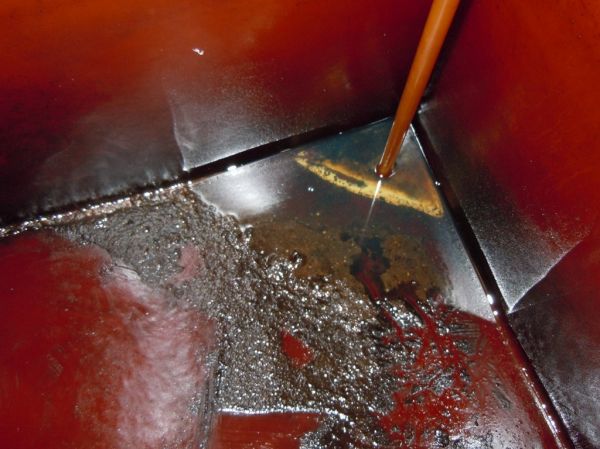 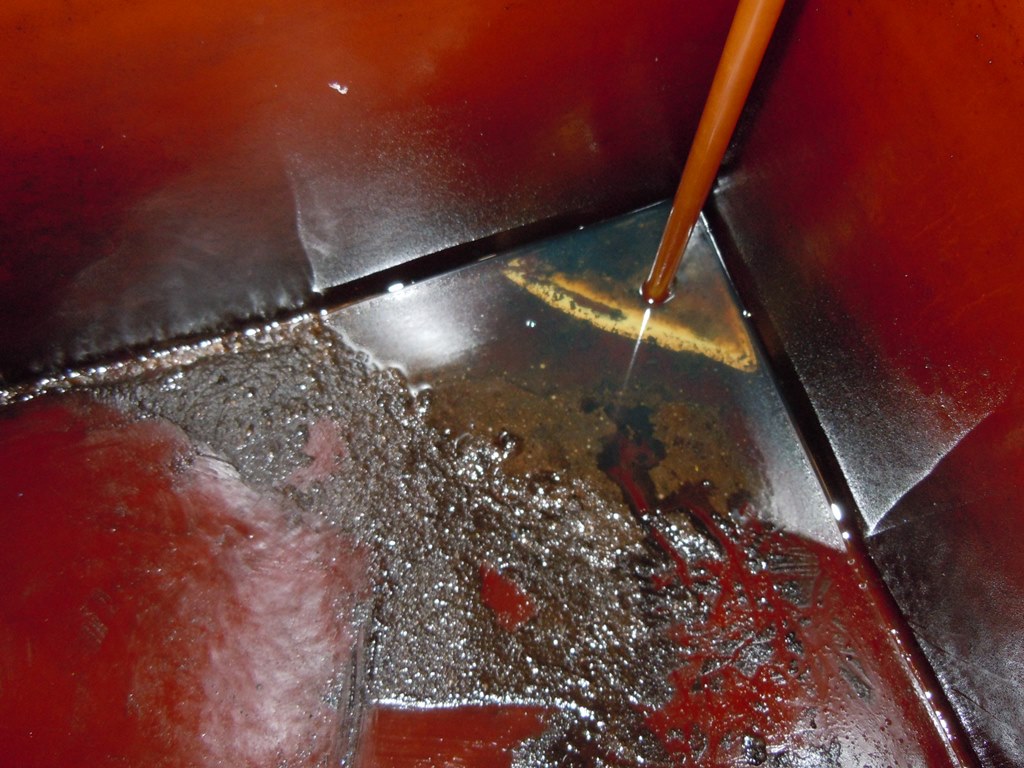 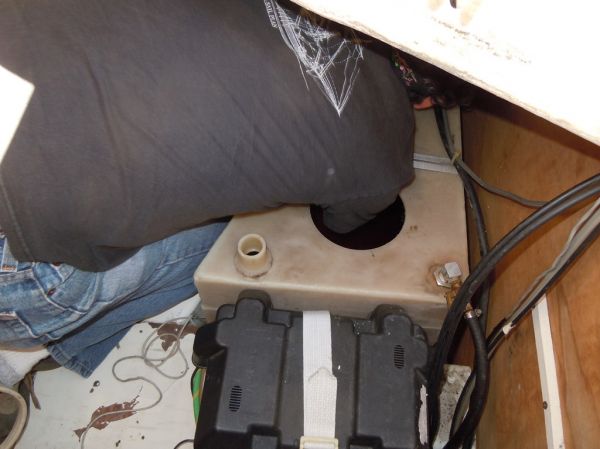 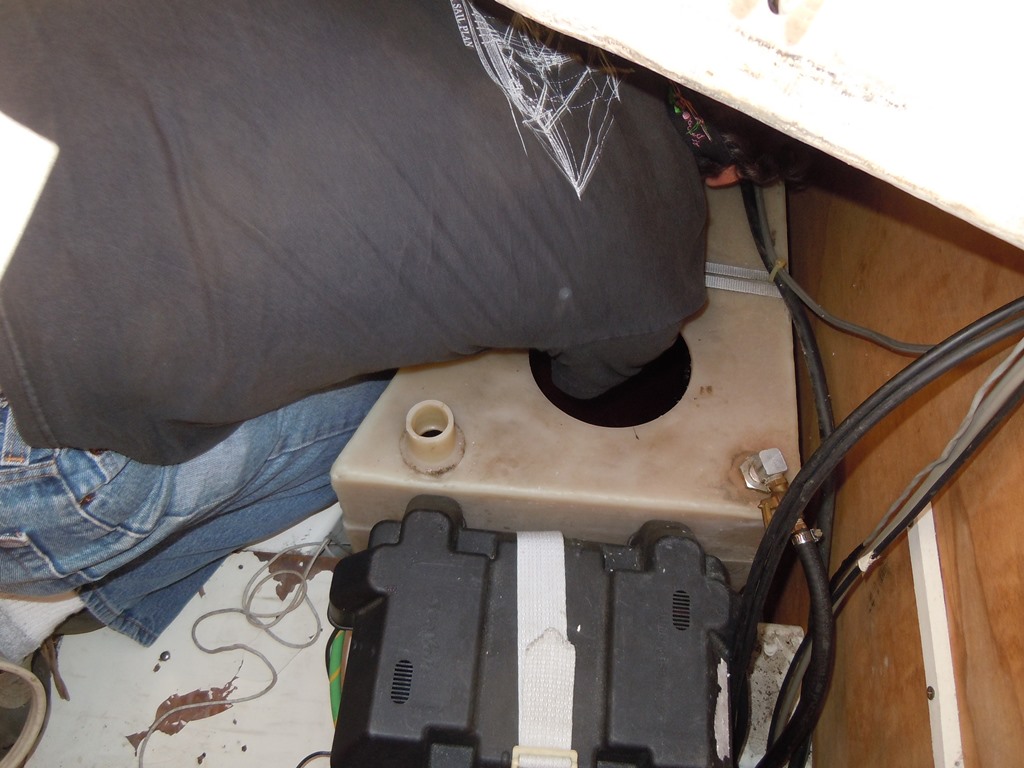 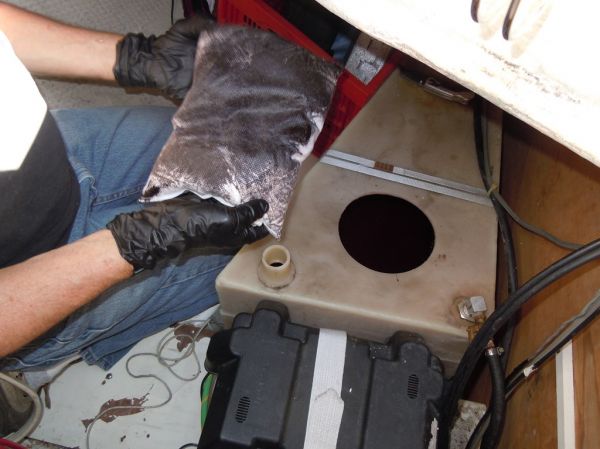 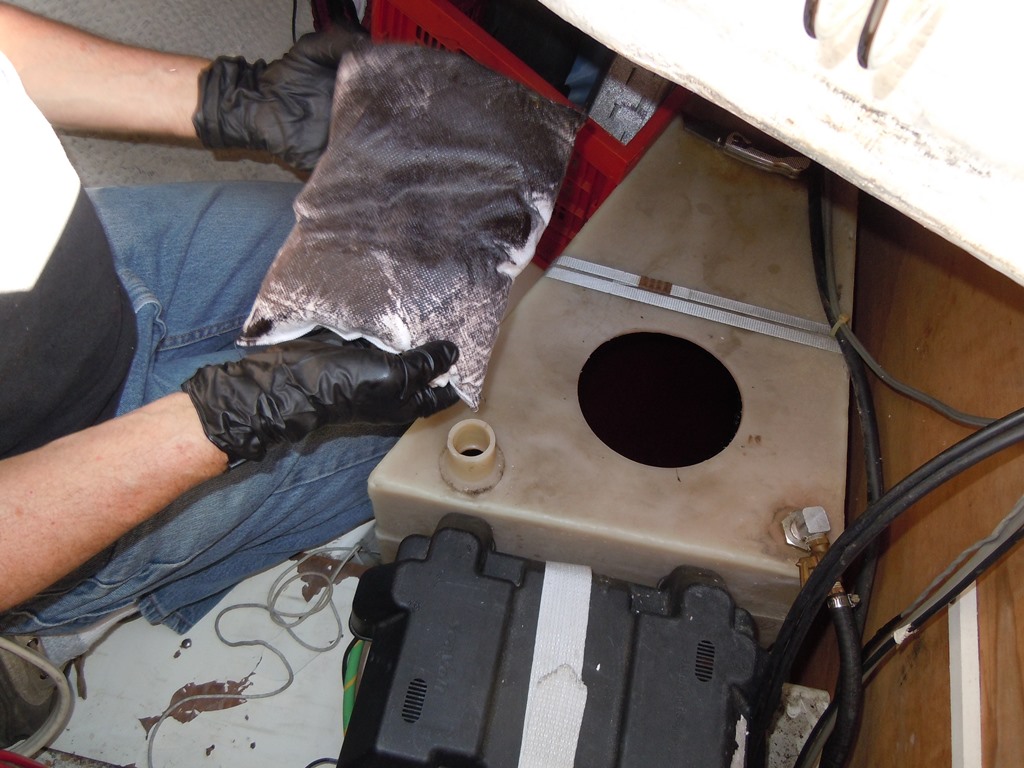 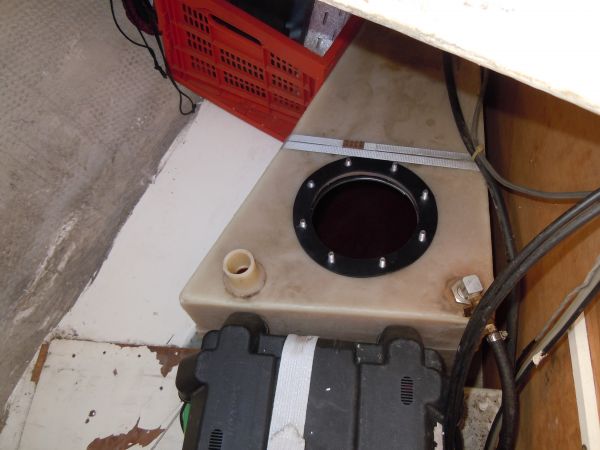 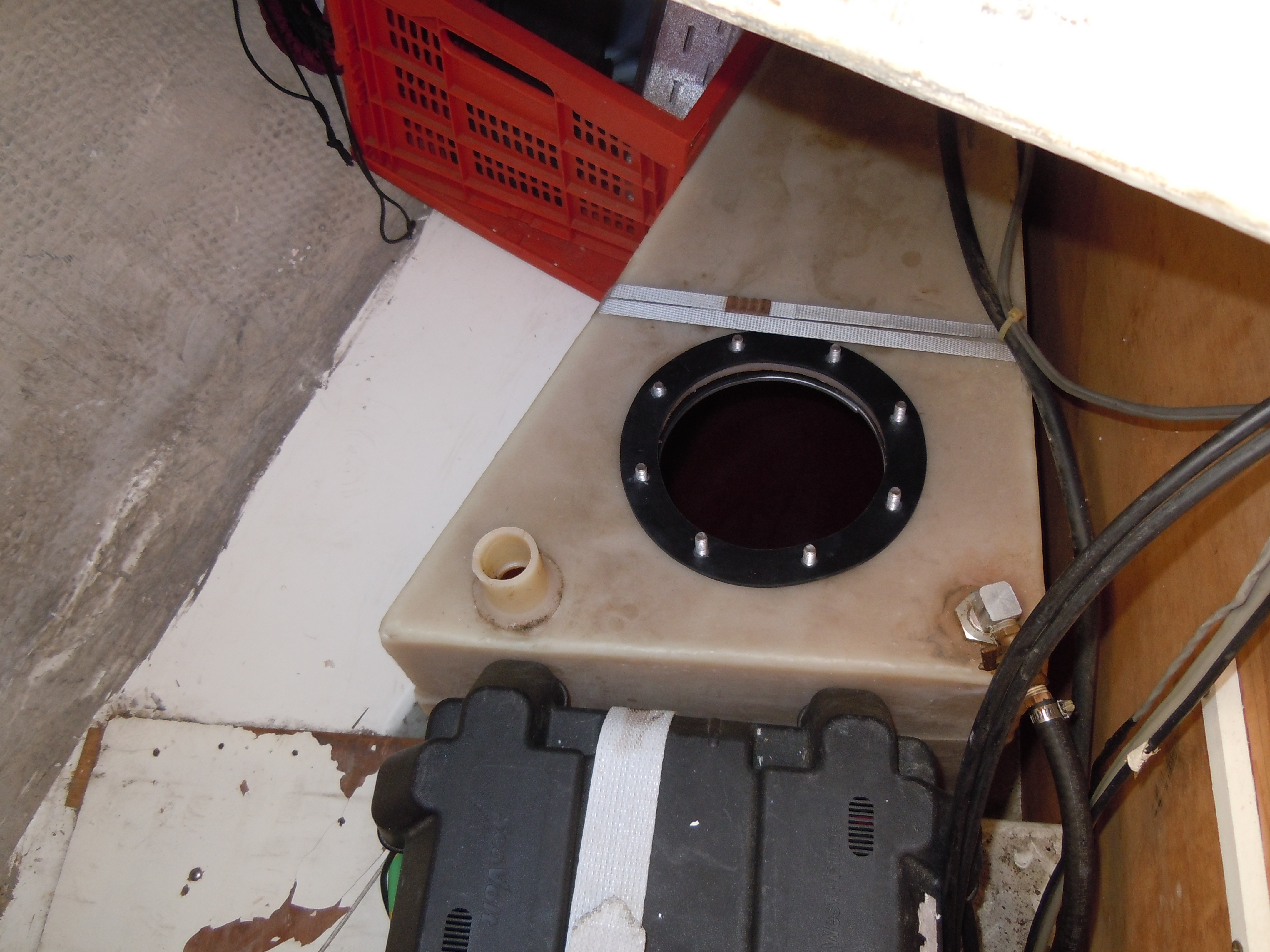 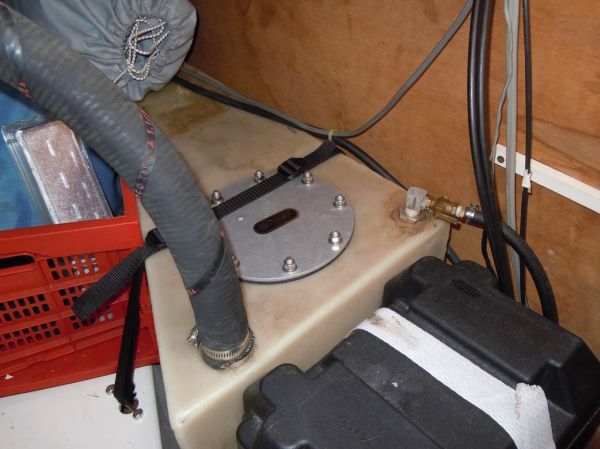 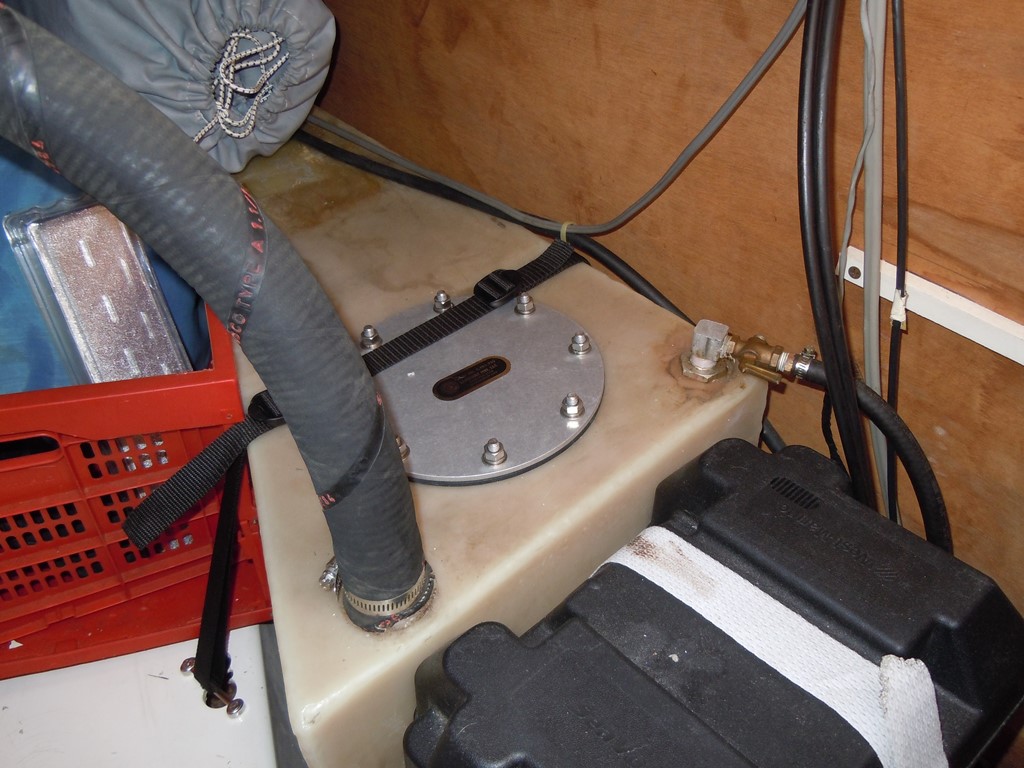