This photo was taken before I started putting all the deck hardware and canvas back out. It had been stripped off in preparation for Hurricane Michelle.

This is to show how the boat looks with the biminis collapsed. Note the forward bimini sits on the sliding companionway hatch, the aft bimini rests on the backstay.

This photo is to show the rear bimini open. Its a little crooked, but then, Ive never been able to get the tilt just right on the first try (or the second, third, or fourth, for that matter!).

This was taken to show both bimini tops open. Note how the mainsheet passes between the biminis.

A view from the starboard quarter. Just to give you a different point of view, and an idea of the coverage we get with the two biminis.

From the stbd quarter

Another view from starboard.

Another view from Stbd

I mentioned in a previous article that the bimini frame is mounted between the jibsheet winch and its cleat- Shown here. It hasnt been a big problem, although I think Id like to replace the cleats with cam cleats (forward of the bimini) one day. 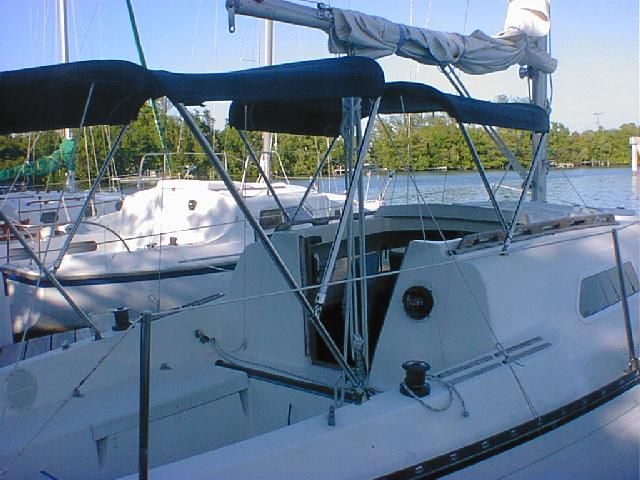 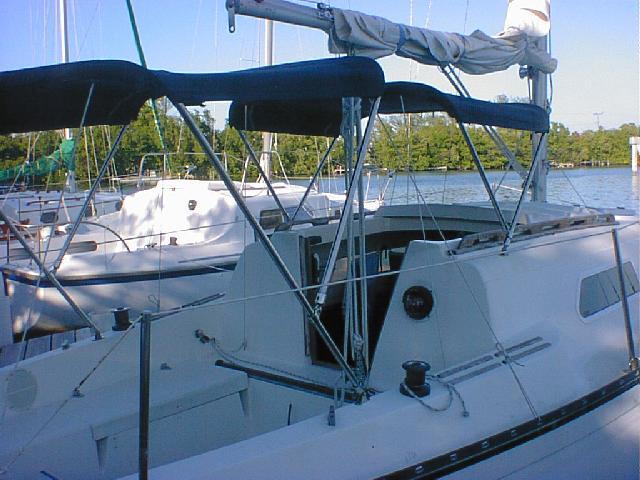 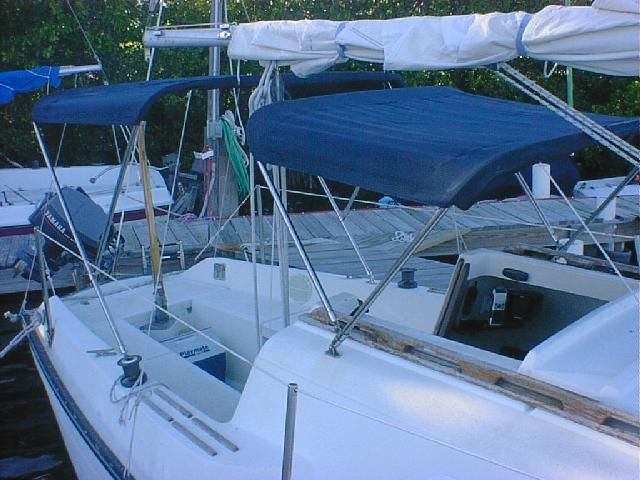 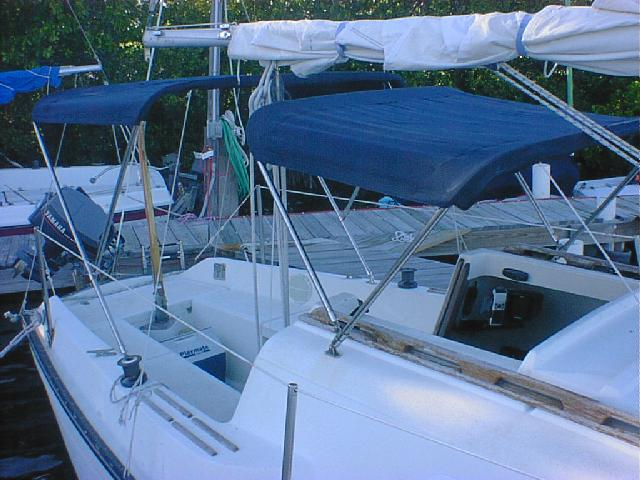 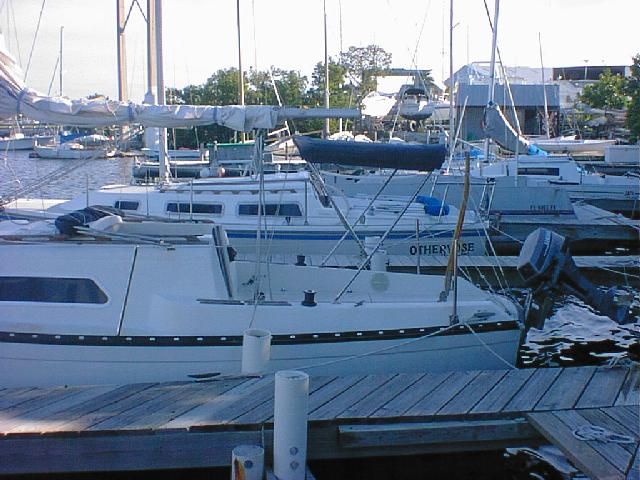 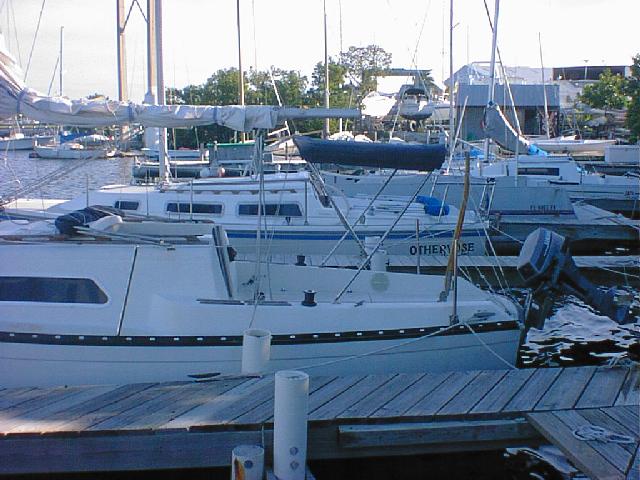 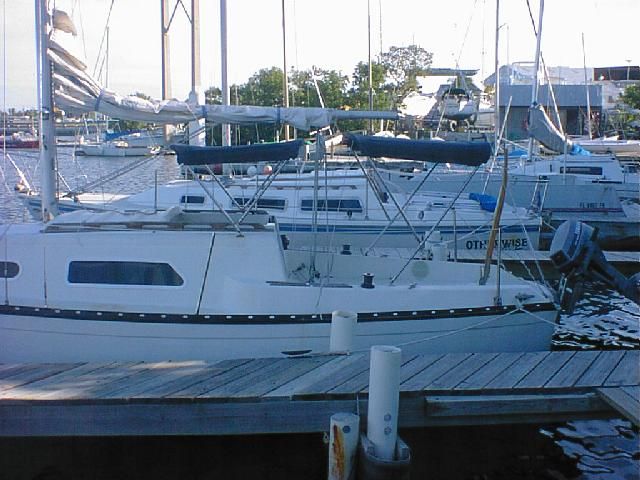 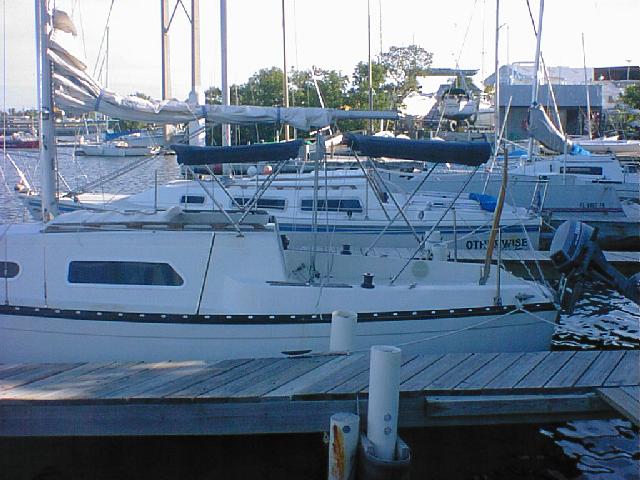 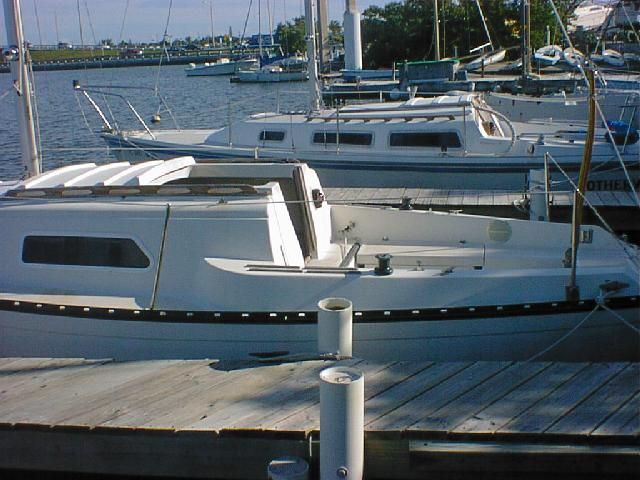 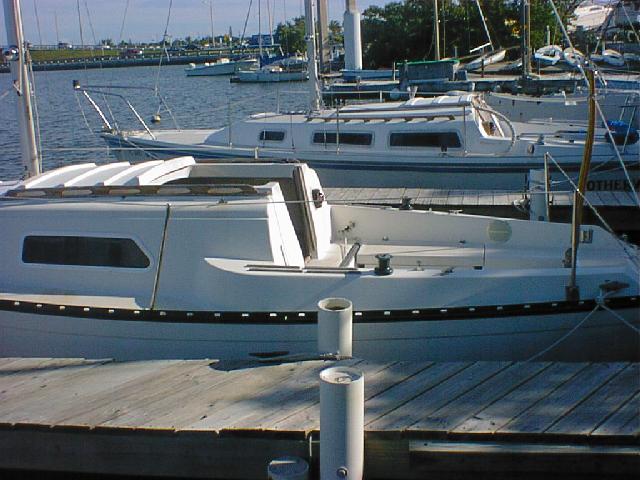 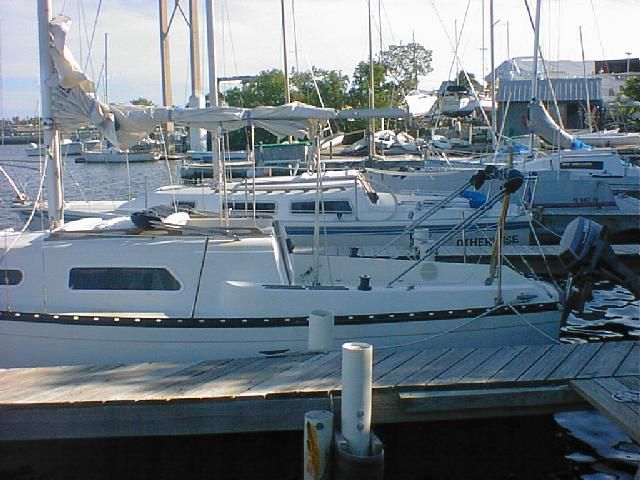 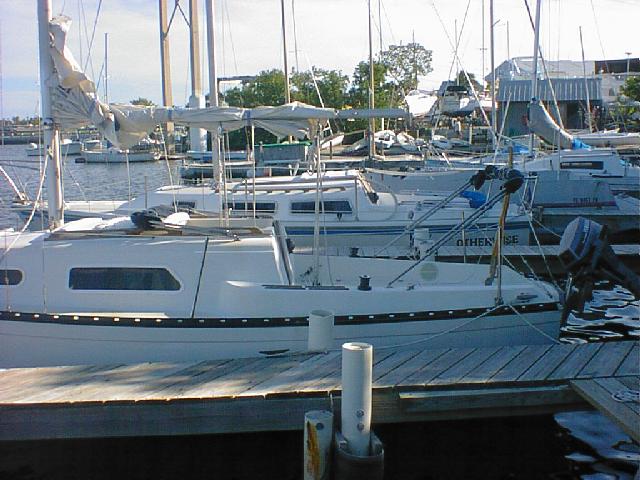 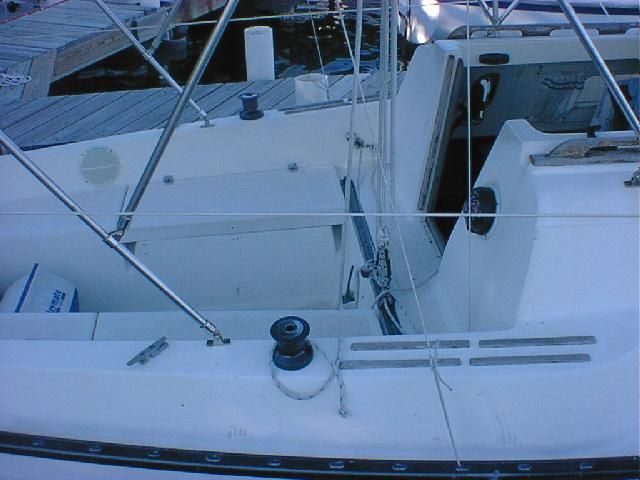 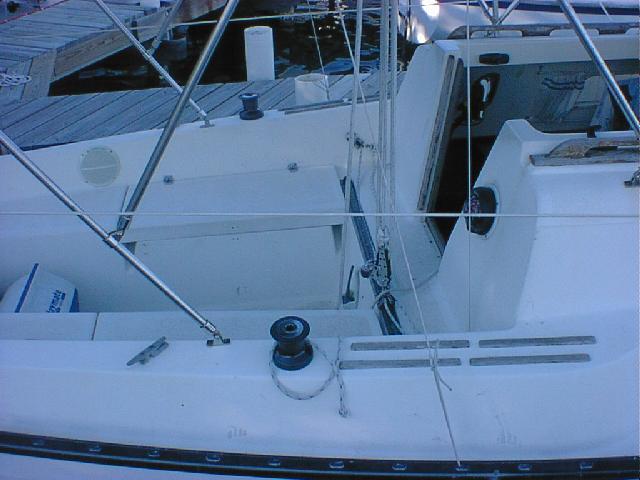